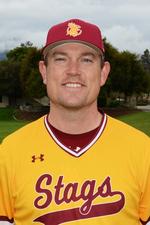 Coach Walkenbach enters his sixth season at the helm of the Claremont-Mudd-Scripps baseball program in the 2020-21 academic year. Over his first four seasons at the helm, he improved the Stags' win total and winning percentage each season, turning the program around from a 7-32 season the year before he took over to a 19-14-1 mark in 2019, when CMS finished fifth in the SCIAC and were in the race for the conference tournament until the final weekend (the 2020 season was suspended due to the coronavirus pandemic, with the Stags holding a 7-7 record).

The turnaround is no surprise, as Walkenbach has a history of acheiving unprecedented success at his previous coaching stops. Prior to CMS, he served seven years as the head baseball coach at NCAA Division I Cornell University, where he led the Big Red to its first-ever Ivy League Championship in 2012 and set single season school records with 31 wins overall and going 14-6 in conference play. The team won the Lou Gehrig Division of the Ivy League in 2009 and 2012.  Academically, the Big Red baseball team was recognized for being in the top 10 percent of Division I baseball for all seven years under Walkenbach.

Before his tenure at Cornell, Walkenbach was the head coach of the Division III Franklin & Marshall baseball program in Lancaster, Penn. Under his tutelage, the Diplomats won two regular season Centennial Conference championships in 2006 and 2007 and achieved a 69-42 overall record, the highest percentage during any three-year period in program history. The team finished the 2006 season ranked No. 13 in Division III, the highest ranking for the program to date.

Walkenbach completed his Master of Sports Administration at Georgia State while on staff as an assistant coach at Emory University for the 2002 and 2003 seasons. In 2003, Emory was a Division III World Series participant, finishing the season ranked No. 5 in the nation.

Walkenbach earned his bachelor’s degree at Cornell and was a four-year All-Ivy shortstop selection including earning Rookie of the Year honors in 1995. He appears 17 times in the career record book for Cornell Baseball and was the former home run record holder with 21 during his career. He was inducted into Cornell’s Hall of Fame in 2010. 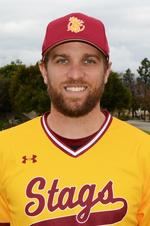 Jake Ayers enters his fourth season as an assistant coach with Claremont-Mudd-Scripps in 2020-21, working with the catchers, outfielders and hitters.

A 12-year veteran of college coaching at the Division III level, Ayers came to CMS on a full-time basis in 2017 after working with Pomona-Pitzer (2013-2017), Juniata College (2011-2013) and Knox College (2007-2011).  The past five seasons in Claremont, Ayers has worked to develop student-athletes that have earned the following awards: 17 All-SCIAC selections, 12 ABCA All-West Region, nine d3baseball.com All-West Region, four ABCA All-Americans, three SCIAC Athletes of the Year, two SCIAC Newcomers of the Year, two d3baseball.com West Region Players of the Year, two Major League Baseball signees, and an ABCA Gold Glove winner.

In addition to his baseball duties, Ayers also serves as the Assistant Director, Events and Operations for Roberts Pavilion and CMS Athletics. In this position he manages game-day operations for all varsity athletic events in Roberts Pavilion as well as scheduling, care and maintenance of all athletic facilities. This position also manages the use of all athletic facilities pertaining to off-campus rentals, camps and conferences.

During the 2008-2009 seasons, Ayers was the Bullpen Coach for the Lincoln Saltdogs of the independent professional American Association; winning the league title in 2009.  In 2007, Ayers was signed to play in the inaugural Israel Baseball League and caught for the league champion Bet Shemesh Blue Sox.

In 2004, Ayers began his coaching career at the age of 19, when he took over the Farmington (IL) American Legion Post 140 baseball programs.  Ayers was elected a member of Post 140’s Hall of Fame in 2005, and is a member of the American Baseball Coaches Association (ABCA). 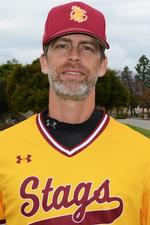 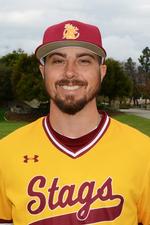 Nick Wagner enters his second season as an assistant coach with the Claremont-Mudd-Scripps baseball team in the spring of 2021.

Wagner comes to CMS after most recently serving as the head coach at Polytechnic High School, which he led to a runner-up finish in the CIF Division 5 tournament. A year prior in 2018, he was an assistant coach with a Polytechnic team that won the CIF title, while concluding his third year as a professional player in the Independent League.

Before working for Polytechnic, Wagner had two years of collegiate coaching experience at California Miramar University in San Diego, while simultaneously playing professionally. He helped Cal Miramar to the 2017 NCBA Division 2 West Region title in his second year with the Fighting Falcons.

Wagner was a collegiate baseball player for four years, playing two years at Cal Poly Pomona in 2012 and 2013, before transferring to Holy Names University in Oakland in 2014 and 2015, where he started 81 of 87 games over two years. He was an NCAA Division II Athletic Directors Association Academic Achievement Award winner as a senior.